Leveraging honeypots is one of the most effective methods to find out what’s going on inside a network. However, it’s essential to remember that honeypots can be used differently. Depending on your needs, you can leverage a low- or high– interaction honeypot. So, what is honeypot in cyber security?

Low-interaction honeypots simulate a limited amount of network services and IP protocols. This makes them easier to detect and less expensive to manage. The systems do not require an entire root shell or a simulated operating system. They also do not give access to confidential information.

Detecting attacks against a honeypot is essential because they can provide valuable forensic evidence. These systems also allow organizations to monitor attackers’ tactics, progress, and time and resources spent on their attacks. For example, researchers can observe an attacker’s attempt to escalate privileges and learn their preferences.

However, honeypots can be challenging to set up and may cost a lot of money to maintain. While a honeypot can be a good tool for a research arm, it can also expose an organization to worse attacks.

There are two types of honeypots: client and production. Both are installed in an organization’s network. Client honeypots can be used to detect threats from internal networks, while production honeypots are usually deployed to identify active compromises.

A production honeypot is typically deployed in a network’s front end, and it acts as a front-end trap for attackers. Providing more frequent and interactive interaction with the web helps deter nefarious actors.

Whether you choose a low-interaction or high-interaction honeypot, you should be aware of the legal issues that may arise from using a honeypot. You should also check the server logs and configure your honeypots to avoid being tripped up. If an attack does occur, you should notify your security team.

Leveraging medium-interaction honeypots in cyber security can be advantageous in two ways. First, you can use the honeypots to detect malicious traffic and discover exploits and vulnerabilities. Second, you can leverage the data collected by the honeypots to increase overall network security.

Several types of honeypots are available for network deployment. These include low/medium interaction, high interaction, and hybrid interaction honeypots. Choosing the best honeypot is based on the type of network, the purpose of deployment, and the interaction level.

Designed to emulate the behavior of a real operating system or shell, medium-interaction honeypots are relatively easy to deploy and have a low-security risk. However, they could be more foolproof and can still be detected.

The low/medium interaction honeypots are easily detectable but have limited response capabilities. Despite this, they are a desirable deception mechanism. Depending on the system, it can collect information on the attacker’s IP address, username, and password.

Another type of honeypot is the adaptive honeypot. This honeypot learns how to compromise between collecting attack data and keeping the honeypot safe. In addition, it can learn to define a reward function. It can also be used to protect the honeypot for as long as possible.

If you’re considering deploying a honeypot in your cyber security strategy, it’s essential to be aware of the downsides. Unlike a low-interaction one, a high-interaction one can give you more valuable data but also incur a higher cost. The duration and complexity of the honeypot’s architecture also affect its detection.

For example, while a low-interaction one is usually limited to capturing only IP packets, a high-interaction one can capture entire systems. This makes it a powerful tool for detecting threats inside a network.

To capture valuable data, a high-interaction honeypot must be believable. It must replicate the systems it’s attempting to imitate as closely as possible. As a result, the interaction between the honeypot and its target device can be quite realistic.

High-interaction honeypots are typically implemented in a secure, isolated environment. They also have a more extended development and maintenance cycle, making them less likely to be deployed as frequently.

On the other hand, the downside of a high-interaction honeypot is that it takes up more resources to operate. For example, it requires more monitoring software. Furthermore, attackers are less likely to notice a honeypot.

Implementing a monitoring system around a high-interaction honeypot is the best way to mitigate this disadvantage. To do this, you’ll need a combination of resources, including hardware and software.

To determine whether a high-interaction honeypot is worth your investment, consider the following factors:

The level of encouragement that a honeypot provides will vary with its purpose. For example, the Piggin and Buffey honeypot is designed to capture valuable data. However, this was done to attract attackers.

Another downside of a high-interaction honeypot involves its short lifespan. For instance, the MirrorPot honeypot was active for only 38 days but deployed seven cases worldwide. 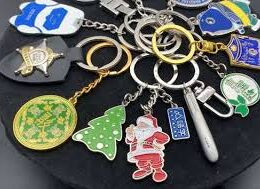 How Do Custom Keychains Help to Promote My Brand?

In today’s day and age, it is more important than ever to have a promotional strategy for your…
byjames flick 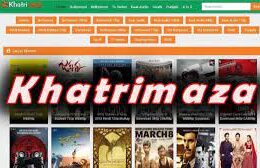 Khatrimaza Pro Alternative: Most Popular Sites to Download Movies in 2020

Hey Guys! You’re here and going this article on Khatrimaza Pro, which means you have several questions in…
byjames flick 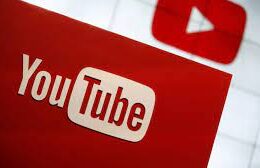 The online advertising market continues to suffer, as heavyweights Alphabet and Microsoft reported disappointing sales during their most recent quarters. YouTube advertising…
byadmin 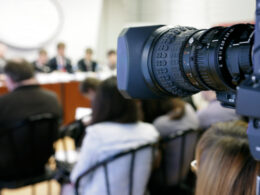 Importance Of Corporate Video And Its Impact

Did you know that corporate video is one of the most effective communication tools a business can use?…
byjames flick